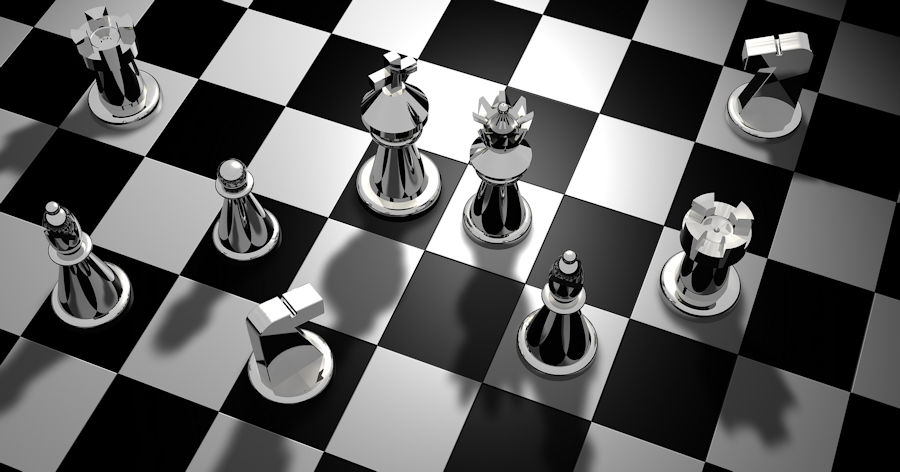 The Athenaeum Chess Club was founded in 1873 making it the oldest surviving chess club in London. Their home venue is in Endell Street (WC2). They compete in the London and Middlesex leagues as well as various Banks and Insurance companies competitions. Their home fixtures are on Mondays and Wednesdays starting at 6.45pm. They have about 60 members of varying strengths.

Barnet Elizabethans Chess Club (EN4) Meeting on Wednesdays at 7.30 pm at the British Legion in East Barnet (EN4), they are the Capes Trophy Blitz Winners 2018 for a record 7th year. Welcoming players of all strengths and ages they are a small and friendly chess club. They also have a learning section with plenty of resources on learning chess and mastering tactics.

Chess and Bridge Shop, Baker Street, W1  A marvellous shop for finding anything to do with chess, bridge and a host of other board and card games. They have a superb range of gifts and pride themselves on the support they provide after you buy. They also have in-house experts who are willing to advise on any aspect of the games. They also have a great mail order service.

Cavendish Chess Club, Russell Square, WC1  This leading chess club welcomes players of all standards, from beginners to  Grandmaster. It fields four teams in the London Chess League and also fields a team in the Eastman Cup. They count amongst their current membership the Grandmasters Parker and Watson and International Masters Ferguson and Cox. On match nights the club meets at the Community Centre in Millman Street, WC1 which are generally Thursday nights between October and May.

Dulwich Chess Club With a membership of around 40, this club is keen to expand with new members. They cater for all abilities. Club nights are every Monday from 20:00 until 23:20pm at the Clock House pub in East Dulwich. They play competitive chess in the London League and the Croydon League and are particularly keen on helping juniors reach their full potential.

Greater London Chess Club, St George’s Bloomsbury, WC1  Founded in 1887, this chess club describes themselves as “an active, friendly chess club” who run seven league teams and also put together a programme of events and internal tournaments to suit players of all strengths. It meets on Tuesday evenings from 6.30pm to 10pm September to June at the Upper Vestry House of St. George’s Bloomsbury.  They have been used as setting for a bestselling thriller and have advised a theatre company on depicting chess in a major London production.

Hackney Chess Club Proud winners of the English Chess Federation Club of the Year award for 2016-17, Hackney chess club is a vibrant community of chess players who meet in three locations around Hackney. Catering for all levels of ability, they pride themselves on their diversity. Saturday evenings from 19.30 sees them at the Rochester Castle pub (Stoke Newington, N16), Sunday afternoons from 16.00 they meet at Gorki House Cafe in Stoke Newington (N16) and Thursday evenings from 19.30 at the Pembury Tavern (E8). They have eight competitive teams playing in the London, Middlesex and 4NCL leagues.

Kings Head Chess Club, NW1  As a pub-based chess club, they bill themselves as “London’s most exciting and friendly…chess club.” Home matches are played from 6.45pm or 7pm on Mondays and Wednesdays upstairs at The Exmouth Arms pub (Starcross Street, NW1). Catering to all levels, the games are in the upstairs room of the pub which does have sufficient peace and quiet, however if you don’t like a pub atmosphere then this probably isn’t the club for you.

Metropolitan Chess Club (City of London) One of the oldest clubs in London, it was founded in 1890. Having over 50 members it welcomes new members of all abilities. They field many teams for both the London and Middlesex leagues, so members can always find a serious game if they want to.  Club night is Thursday 6pm-10pm at the Artisan Centre (Gravel Lane, of Middlesex Street, E1). Free informal one-to-one coaching is offered for beginners or near-beginners.

Premier Chess Coaching  Founded by Torner Eden a UK National Master, Premier Chess Coaching provides private lessons for children and adults as well as chess clubs for schools around London. They teach chess in a unique way that brings together a set of tools and skills with a focus on fun. They work with long-term goals for their students and can lead them to both local and national competitions.

Streatham & Brixton Chess Club  A lively chess club with a growing membership, this club caters for all abilities. Meeting at Streatham Library (SW16) on Tuesday evenings throughout the year  they play both socially and competitively. Most of the competitive chess is played in central London due to the high quality that the London Chess League offers, mainly playing at the Citadines Hotel in Holborn.

West London Chess Club, Chiswick, W4 Catering for players of all abilities, the West London Chess Club was founded in 1893. Members have the opportunity to play competitive games in various leagues during the winter season (e.g. Middlesex, Central London and Hillingdon). It is also possible to play friendly and ‘blitz’ games on most Wednesdays and this includes during the summer when most other chess clubs are closed. They meet in the very attractive Chiswick Town Hall. With the first Women’s World Champion (1927) having played for the club (Vera Menchik) this club has an illustrious past.